Beyond Media Rights specialises in producing entertainment and reality formats, primarily for major US networks.

Our productions include My Kitchen Rules for FOX and now an American version of Pooch Perfect, Beyond’s hit competitive dog grooming format, produced for ABC and hosted by Hollywood star Rebel Wilson. Michael is executive director of Beyond Entertainment Holdings, sitting on the board of various business divisions, including the BeyondTNC joint venture. His relationship with Beyond started in 2004 as a non-executive director at Beyond Entertainment, and from 2013-20 he held the post of General Manager at Beyond Distribution, now Beyond Rights. Michael is a well-respected and highly-skilled executive, with more over 30 years’ experience in international television and film content and business development, derived from working on co-production finance, digital content, broadcasting, acquisition and distribution. His previous roles include: Chief Executive at Windmill Lane Entertainment Ireland, Director of content at Yes TV London, director of programmes at TV3 Ireland, Founder of Channel 6 in Ireland (subsequently acquired by TV3) and Director of Digital Television at Eircom Group plc, Ireland. 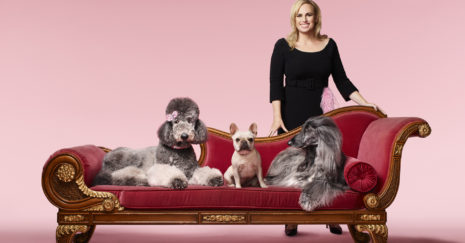